Situated at the centre of Central Basin of the Congo River exists Salonga National Park one of the biggest conservation areas in the Democratic Republic of Cong and Africa at large featuring mainly intense tropical rainforest with an area coverage of about 33350 square kilometers. This park is one of the few most isolated protected areas and it can be accessed by water transportation. The park refuges numerous endemic wildlife species most of which include the dwarf chimpanzees, the unique Congo peacock, the forest elephants and the African slender snouted crocodiles, hippos, African golden cats, okapi, forest buffaloes, Bonobos, yellow backed duikers, Angolan slender mongooses, giant pangolins as well as 129 fish species, 300 bird species including the yellow billed stork, cattle egret, black stork and over 51 mammal species. It features unique biotopes, large marshlands and exotic forests that offer the authentic African experiences. The numerous floral and faunal species in the park constitute the back born of biological evolution and the adaptation of life forms in a complex equatorial rainforest environment. The vast size of this protected area allows evolution of several species and biotic communities within the relatively untouched forest. 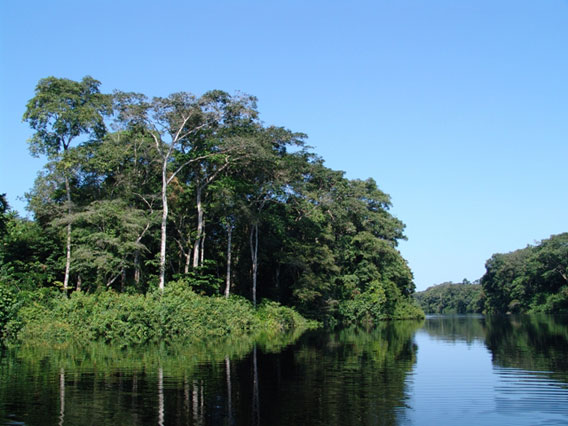 Established in 1970, Salonga National Park is one of the ancient protected areas and it comes in two portions the northern and southern parts that make up a 40 kilometer wide corridor. It was designated as a UNESCO World Heritage Site in 1984. Salonga National Park is world’s most expansive conservation area and offers refuge to incredible fauna and flora. About a 3rd of the southern part of the park features the pygmies and a portion of it is also claimed by the locals. The boundaries of this park are untouched as a result of many Rivers which make up recognized, concise and natural boundaries.  The conservation area is protected and managed based on the law 70-318 of 30 November 1970 and the law 69-041 of 28 August 1969 in accordance to nature conservation. It features 6 administrative parts of Monkoto, Mondjoku, Yoketelu, Washikengo, Mundja and Anga. Like other protected areas, Salonga National Park is run by the Congolese Institute for Nature Conservation (ICCN). The park lies nearly halfway between Kinshasa and Kisangani.

The prime activities for you to enjoy while on safari in Salonga National Park include;

For bird lovers, there are over 300 avian species for you to spot out most of which include the cattle egret, Congo peacock, black stork, yellow billed stork, grey parrot, black bellied bustard and others. Other exciting tourist activities include fishing safaris, hunting adventures, cultural encounters, nature guided walks and others.

Getting to Salonga National Park

Salonga National Park lies about 100 kilometers off south of Boende in between Kisangani and Kinshasa. The park is also reachable using domestic charter flights from Monkoto, Anga and Mundja airstrips.

The park is wet almost throughout the year but the best time to visit is in the drier months from June to August when there are no floods and vegetation is not very thick hence clearer views of wildlife. The park receives rainfall amount of about 1700 mm each year.

For visitor stay, you can opt for budget accommodation tents, bandas and luxurious bandas.

Salonga National Park is one of the most magnificent protected areas in the Democratic Republic of Congo that you should consider visiting while on African safari. The park has not been fully explored and yet offers variety of tourist attractions for you to catch a glimpse.

Wildlife of the Congo Basin